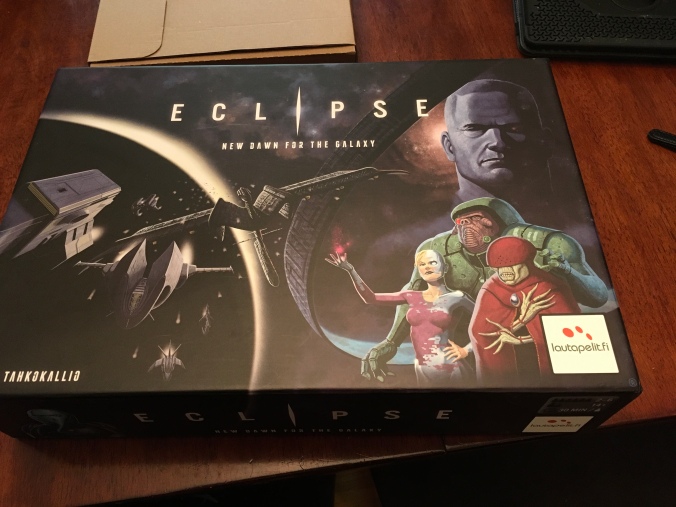 Okay, I am back again with another Folded Space project. As you might have seen, I have already completed a Folded Space game box insert for Near and Far and 7 Wonders. Now I turn my attention to a game with plenty of cardboard pieces: Eclipse!

— Oh No! Another horror show inside a game box!

Clearly my game box of Eclipse needed some help! Not only are there bags and bags of pieces, but set up and tear down time was ridiculous.

So…I started gluing together my Folded Space game box insert. For this project, I have to make a set of 4 sheets twice. Each set took about 90 minutes. I glued one set yesterday and one set today. Here is what they look like: 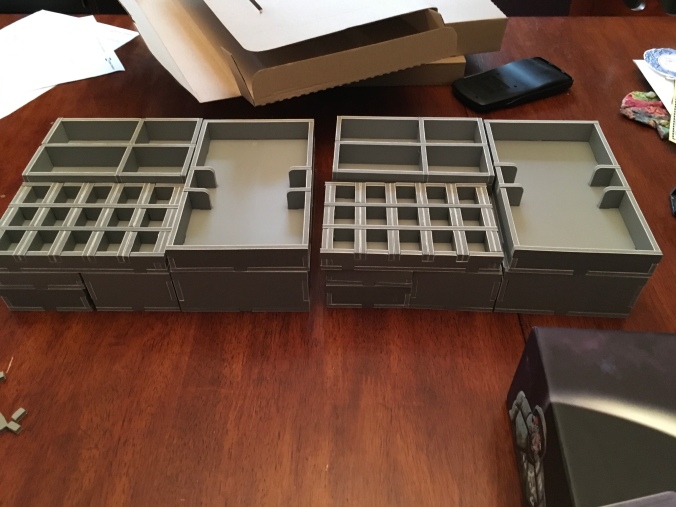 The two sets sit side-by-side in the box. Once the glue dried, I started putting pieces into boxes. 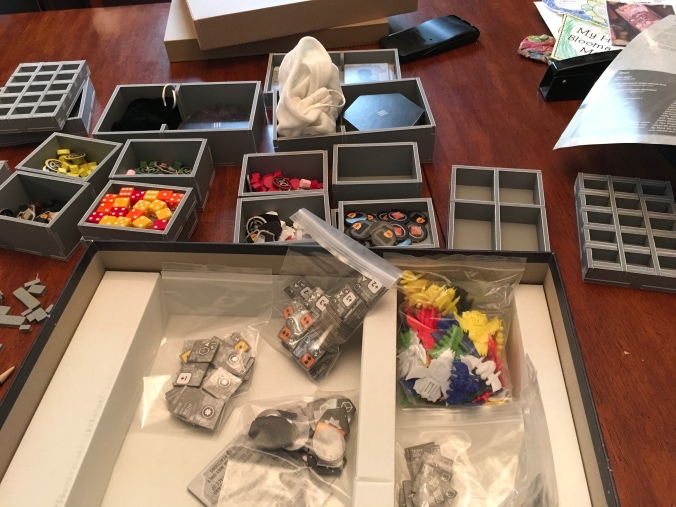 — transferring pieces from bags to the new organizers. Looks much better, doesn’t it? You bet it does!

After about 15 minutes of work the job was done! 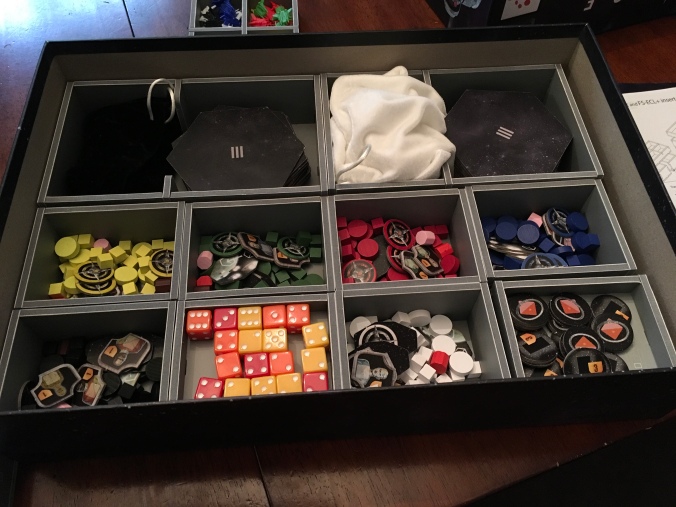 — the bottom layer of trays

— the top layer of trays set on top of the bottom layer. Check out the sweet little tile holders (center bottom). The pieces stand up in the trays so you can read their names and pull them out easily.

Once I finished, I realized how many plastic bags I had previously been using!

— the previously used plastic bags. I won’t need them anymore!

Another brilliant reorganization of a messy box. Eclipse is a great game, but it has a lot of pieces that need to be sorted. With my new Folded Space organizers, set up and tear down time should be greatly reduced.

The only negative is that the large hexes can be heavy when stacked together. This puts a bit of a strain on the storage trays that they are in, which can pop off a side or two if you are not careful lifting the bin. I had to re-glue the bigger trays to make them sturdier.